Get Big Savings On Water Refiners & Softeners from Marathon Resources! An effective whole home water solution with refining, softening & filtration capabilities in an all-in-one system – a great guarantee paired with state of the art technology! Soft water pays for itself by protecting your water-using appliances, allowing you to use less soap and cleaning chemicals, and can even extend the life of your washer, water heater, and dishwasher! 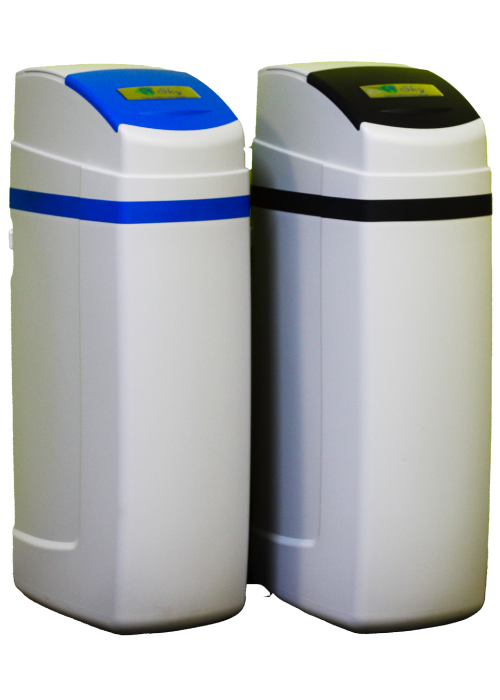 The Marathon Resources whole-house water refiner/softener system by Sky incorporates the most technologically advanced equipment available today. A system so sophisticated, it does the thinking about the quality of your water all day and all night so you don’t have to.

Ready to take the next step? Contact us to schedule a free water test and/or system quote and we'll get back to you as soon as possible. Want to speak to someone even sooner? Call us at (704) 286-1444. We look forward to serving you and your family.

"[They] came out to my home and tested the water. I have to say I was very surprised as to the results. But they were able to provide me with a easy, cost-effective solution. I have to tell you the process from start to finish was seamless. The installers were professional as well as the Customer service. They answered every question I gave them. I would recommend if you are thinking about having your water tested call Sky Home today!!!"  - Julie Noelle - 5-Star Google Review

Clean Products, Clean Lifestyle. Water Softener Charlotte products from Marathon Resources – products that help protect the environment, your home, and your family. With over 40 years of water innovations & over 13 manufacturing partners across the nation.

About Charlotte NC:
Charlotte NC, named after King George III wife Queen Charlotte and therefore also known as “The Queen City” or “Crown Town”, is the most populous city in the U.S. state of North Carolina. Located in the Piedmont region, it is the county seat of Mecklenburg County. Its modern city center (aptly name “Uptown” because no matter which way you walk toward independence square, you’ll be moving gently upward) is home to the Levine Museum of the New South, hands-on science displays at Discovery Place, and the NASCAR Hall of Fame. First as a railroad junction and then as a cotton mill hub, today it is one of America’s largest banking centers and one of the nation’s fastest-growing metropolitan areas.Charlotte looks like a brand new city, but there’s a lot of history here. Its roots run deep in the Old South, way back before the American Revolution. Late in the Revolution, British General Cornwallis swept into town during the 1780 Battle of Charlotte and the Battle of Kings Mountain but soon wished he hadn’t. Local sharpshooters peppered his men mercilessly and as they departed it is said that Cornwallis wrote in his diary that Charlotte was a “hornet’s nest of rebellion.” Today, the hornet and hornet’s nest are popular civic symbols.

You may have found us by searching for some other common water services:

Some of our other important water services pages:

What is the best water softener?

We might be biased, but we believe the best water softener for your home is a Marathon Resources Softener. Our softeners are WQA certified, have NSF/ANSI Standard 44 certified components, employ a soft water refill to keep your system cleaner, come with an automatic system refresh, & have precision brining.

How to size a water softener?

To size a water softener for your home, multiply the number of people in your home by the gallons of water they use each day (80 gallons/person is the average). Multiply that number by the grains of hardness in your water to figure out how many grains need to be removed each day. It’s important to know what size water softener you need because high grain water softeners cost more money and an over-sized softener means wasted money. Unsure of how many grains of hardness needs to be removed from your water each day? Contact us to schedule a free water test and take the guesswork out of sizing a water softener for your home.

How does a water softener work?

What is a water softener?

A Water Softener is a filtration system that works to remove high concentrations of calcium and magnesium that cause hard water.

What does a water softener do?

A water softener treats hard water. Hard water problems include dry skin and hair after bathing, the prevention of soap lathering (leading to an increase in soap use & cost), spots on glasses and silverware, faded clothing, discoloration in bathtubs and sinks, and shorter life spans of water-using appliances.

What are the different types of water softeners?

Most water softeners use a resin bead and salt approach. The main difference between them is how and when they decide to regenerate (recharge the resin beads with sodium and flush the calcium & magnesium stored from previous cycles). The different types of water softeners regeneration methods are as follows:

How much does a water softener cost?

Water softener cost between $400 and $2,700. They are designed to be easy to install and remove (good news if you want to take your unit with you when you move). However, unless you are confident in your electrical and plumbing abilities, you might want to hire a plumber, which could add $100 to $600 to the initial cost of your unit. Purchasing a water softener through a water softener installation company can save you money on installation costs. Contact us today for a free quote.

How to choose a water softener?

Choose a water softener by answering the following questions: